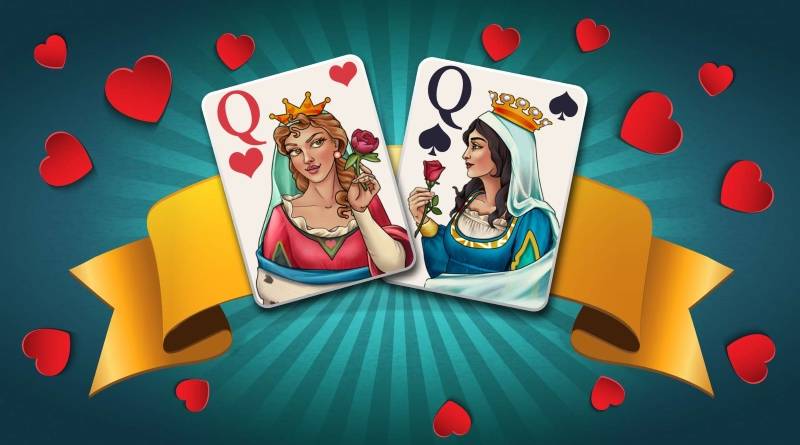 Hearts, also known as Black Lady, is a trick-taking card game typically for four players, who try to go for the lowest score possible by avoiding any Hearts and especially the Queen of Spades. It is my most favorite card game as it is not only entertaining but also challenging. It needs some calculations and skills and does not totally rely on luck.

The game app Hearts by Karman Games is only for Android and iOS mobiles but if you need a version for your Windows 10 and 11 PCs, Hearts Deluxe by Random Salad Games LLC is a good choice.

Hearts Deluxe offers more game modes than what is available in Microsoft’s old version of Hearts.

In addition to the standard mode that has the Queen of Spades worth 13 points, it adds Hooligan’s mode that has the Seven of Clubs worth 7 points, and the Omnibus mode in which you will be delighted to grab the Jack of Diamonds for a 10-point deduction.

Statistics are available for your analysis including games played, games won, winning percentage, total rounds, average points per round and moon shots.

Overall, the game controls and graphics in this app are brilliant. It is free for download and play but it is supported by ads.